Brenda Joyce Blizzard was born in Columbia, South Carolina.  She moved to Michigan in her 20s, worked for the Southland Corporation, and was a longtime member of the Metropolitan Community Church of Detroit, where she served as a deacon.  In 1992, Blizzard moved to Washington State and became assistant pastor of MCC Seattle.  She was survived by her partner Loran Timmons.

Kenneth Ian “Kenny” Heron was a lifelong Detroit resident and worked for the Michigan Humane Society.  He also served for nearly five years as the popular Wednesday night DJ at Off Broadway East.  At age 33, Heron was shot and killed in an attempted carjacking on the city’s west side. 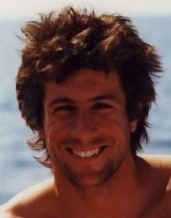 Stephen Gendin was a teenage member of Mensa and valedictorian of the Ypsilanti High School class of 1984.  While studying at Brown University, he learned he had HIV.  Gerdin went on to become a leading activist in ACT UP/New York, a columnist for POZ magazine, and the founder of Community Prescription Service, a mail-order pharmacy distributor.  He died from AIDS-related complications at age 34.

The owner and operator of Boomers Deli, Carol Jane Newberg was a 1976 graduate of Dearborn High School and went on to become one of Royal Oak’s most beloved business women.  Through the last year and a half of her life, as she battled cancer, Newberg was cared for by her close-knit circle of friends.  She was survived by her partner Gail Green.

Syracuse, New York native Donald Schroeder attended college in Pennsylvania before moving to Michigan to write for Car & Driver magazine.  He was active in the Lambda Car Club and also served as vice president of the AIDS fundraising organization Geared 4 Life.  Schroeder and his life partner of seven years Michael Vaughn shared a home in Detroit’s historic Boston-Edison neighborhood.

Lifelong West Branch resident Eugene G. Gallop worked as a hotel clerk after high school and served in the Air Corps of the U.S. Army in World War II.  Following the war, he attended Michigan State Normal School, served in the Air Force during the Korean War, and was later employed as an office worker.  In the 1950s, Gallop subscribed to ONE magazine. 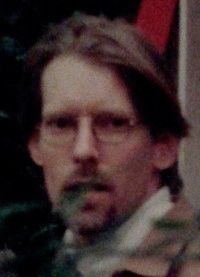 Scott Lawrence, a homeowner in Detroit’s Corktown neighborhood, graduated high school in Warren and was employed with area advertising agencies.  He volunteered with Affirmations Community Center and for a time worked as a waiter at the Backstage Deli.  Lawrence was survived by his life partner Ron Fisher.

Born in Detroit, Leonard Lippert was raised in Essex, Ontario and served in the Royal Canadian Air Force during World War II.  Following a long career with Manufacturer’s Bank, Lippert and his life partner operated the Hayloft on Greenfield in Detroit from 1981 to 1997. 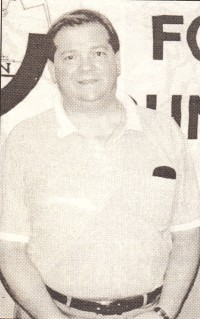 LeRoy Holmberg Jr., an adjunct professor at the University of Detroit-Mercy and past Detroit Area Gay/Lesbian Council president, was long active in various local LGBTQ organizations.

Detroit native and world-traveling hippie, Elizabeth Kaiser interrupted her long lesbian relationship with physician Margaret Poscher to nurse her mother and raise her son.  She died from breast cancer at age 51.