Detroit native Raymond Edward “Ray” Johnson graduated from Cass Tech High School and took art classes at the Ox-Bow School in Saugatuck.  He later studied at Black Mountain College in North Carolina before moving to New York City in the late 1940s.  Johnson became an acclaimed collagist and performance artist.  He relocated to Long Island at age 41 and ended his life at age 67.

How to Draw a Bunny

Born in Memphis, Tennessee and raised by his mother in Detroit, Frederick Weston attended the High School of Commerce and went on to earn his Bachelor’s from Ferris State.  In his 20s, he moved to New York, where he worked low-paying jobs while relishing the gay scene and creating an array of visual arts.  A long-term survivor of AIDS, Weston gained recognition for his artistic genius only late in life.

A 1944 graduate of Southeastern High School in Detroit, potter and sculptor Margaret Elizabeth “Peggy” Sauer earned her BFA at Cranbrook Academy and her Masters at Wayne State.  As one of the pioneering “Damsels of Design,” she worked as a designer of automobile interiors for General Motors from 1955 to 1962.  Sauer later taught and shared a home in Harper Woods with her partner Julie Sabit. 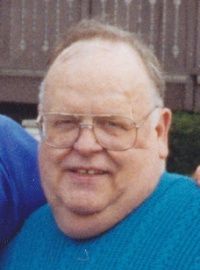 Walter Leroy Brown of Erie, formerly of Southgate, grew up in Ohio and as an employee of National Amusement later worked as a manager of cinemas in Ann Arbor and Detroit.  In the mid-1960s, he served as “mother of the bride” for a same-sex wedding held at the Park Lane Apartments across from the Diplomat Lounge in Detroit.  Brown died during heart surgery at age 59. 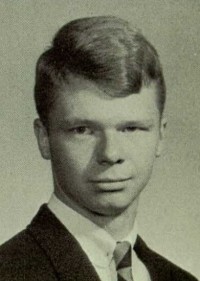 Muskegon native Gregory Don Williams graduated with the class of 1966 from Muskegon Catholic High School and subsequently attended Michigan State University and Wayne State University.  In June 1972, he took part in Michigan’s first-ever pride celebration in Detroit.  At the time of his death, he was employed with a Wall Street brokerage firm in New York.

Evelyn Joseph Fisher attended the University Liggett School in Grosse Pointe Woods and earned her M.D. from the Wayne State University Medical School.  As senior specialist for infectious disease at Henry Ford Hospital, Fisher saw her first patient with AIDS in 1982.  A year later Fisher was instrumental in helping to found Wellness Networks to serve the needs of people with HIV in southeast Michigan.

A native of Dayton, Ohio, Clifford William Kelley worked as a regional sale representative for Detroit Edison and was involved in Wayne County politics.  While separated from his wife, he was found murdered in his Royal Oak apartment.  Known as “John” in the gay world, Kelley was last seen leaving an adult bookstore near Woodward and Six Mile in Detroit with another male.

Detroit resident Craig Economy grew up in Dearborn, attended Dearborn High School, and pursued studies in Vermont and Arizona.  On returning to Michigan, he worked as a popular hairdresser at Jacobsen’s and other salons.  A longtime survivor of HIV, Economy was active in Friends Alliance, the AIDS Interfaith Network, and other organizations.  He died from AIDS-related complications at age 47.

Kelli Maria Hand, known professionally as K-Hand, grew up in Detroit where she attended Henry Ford High School.  In the 1980s, she discovered the dance scene at the Paradise Garage nightclub in New York and became hooked on the music.  Before long she landed gigs as a DJ, including at the Detroit gay venue Zipper’s, and came to achieve international acclaim as the “first lady of Detroit techno.”

James Stewart James was born in Detroit and graduated with the class of 1969 from Mumford High School.  He later earned his Associates degree from Oakland Community College and was employed at General Motors for 25 years.  James was active in Men of Color, Project Survival, and Detroit Black Gay Pride, for many years helping to plan the annual Hotter Than July! picnic in Palmer Park.