Bruce Michael Andrews was born in Detroit and attended school in Troy and Sterling Heights.  He worked for a time for a construction firm and on the assembly line for Ford Motors before taking a position as maintenance supervisor for a senior living complex.  Andrews also tended bar part-time at the Gas Station.  At age 33, he was found murdered in his Sterling Heights home. 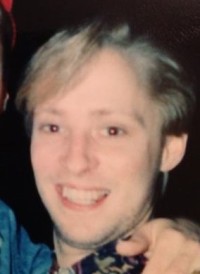 Born in Lincoln Park, Darin Travis Huff graduated with the class of 1986 from John F. Kennedy High School in Taylor and performed with the Taylor Ballet Company.  Huff came out at age 16 and for many years worked as a go-go dancer at the Gold Coast, was active in the Performer’s Awards of Detroit, and was also a Mr. Gas Station titleholder.  He died from AIDS-related complications at age 26. 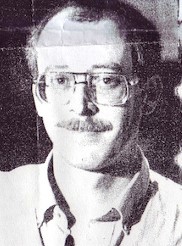 Originally from Florida, Steve Nader got his start as a gay dance club DJ in Atlanta, Georgia.  After moving to Michigan in the 1970s, he helped found the Disco Pool Detroit record pool and went on to spin discs at such bars as Five West, the Gas Station, Menjo’s, the Detroit Eagle, and Off Broadway East.  He lost his life to prostate cancer at age 58.

Stanley Raymond Jankiewicz, better known in Detroit’s gay bar world as Don Cherry, graduated from Central Catholic High School in 1949 and attended Wayne State University.  He served in the U.S. Army during the Korean War and later managed four city golf courses until retiring in 1987.  For 27 years he tended bar at such establishments as the Woodward Lounge, the Gas Station, and Menjo’s.

Detroit and Redford resident Dennis Andrew Lamparski was bartender and manager at a number of Detroit gay establishments back to the early 1970s, including the Town Pump, the Voyager Room, the Unicorn, and the Gas Station.  He also worked for many years at the annual Metra Picnic.