World War II vet Ralph Thompson Stallings began working as a bellhop while attending Saginaw High School and rose in the ranks of hotels in Flint and Detroit.  He met his life partner Ralph O’Reilly at a bridge party when neither played bridge.  They soon shared an apartment in Detroit and later a home in Davisburg, where they raised Japanese bonsai before moving to Escondido, California in the early 1980s. 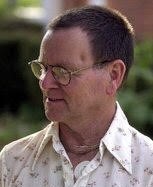 Born in Greenleaf Township in rural Sanilac County, Charles Henry “Chuck” Darr grew up on a farm, later moved to Saginaw, and worked at Marlette Homes.  He volunteered with Green House Gathering Place and the local LGBT community group Perceptions.  In 2007, he was beaten to death at age 69 by a former renter.  Darr was preceded in death by his longtime lover William Harper.

Colorado native and longtime Saginaw resident John Michael Monahan worked as a rehabilitation therapist.  During the 1980s, he became active in the Michigan Organization for Human Rights and in 1990 co-founded the Triangle Foundation and served as its president.  Following a heart transplant in 1993, Monahan moved to Detroit to engage in activism full time.

Saginaw native Patricia “Pat” Ann Lawrence-Smith, also known as Patricia Smith, worked as an emergency medical technician in Genesee County and resided for 25 years in Davison.  She and her partner Lauriejane Smith were united in marriage in September 2015.

Born in Saginaw, Gerald Laverne Hillert was a draftsman for Consumers Power in Saginaw in the late 1940s and early 1950s, and later worked as an interior designer for Sears-Roebuck in Detroit.  Hillert was also an early subscriber to ONE magazine.  He and his companion of 56 years Robert Costa retired to Vero Beach, Florida.

Thomas Lohr Sr. was born in Saginaw, attended Arthur Hill High School, and served in the U.S. Army during World War II.  After graduating from NYU, he earned his M.D. from Harvard, then served in the Air Force before returning to Michigan, where he practiced medicine for 39 years.  In retirement, he and his husband Robert Rousch spent winters in New Mexico and summers in East Tawas.

Saginaw resident Lenore Simon was born in Chicago and earned her JD from Creighton University Law School in Omaha. Nebraska.  In addition to practicing law as an attorney and mediator for more than 20 years, Simon co-founded a queer theater company Center in Monterey, California in the early 1990s and later continued the troupe in Las Vegas.  She and her partner Connie Hoffman were married in 2009.

Mary Frances Crimmins of was born in Port Huron and graduated from Saints Peter & Paul High School in Saginaw.  She pursued a lifelong career as a Licensed Practical Nurse.  She volunteered with Edgewood UCC Health Ministry and the Greater Lansing Food Bank.  Crimmins was survived by her life partner Carol Grayhawk.

Born in Battle Creek, Sharon Kay Beck resided in Mount Morris and retired after 30 years from Saginaw Steering Gear-Delphi in 2002.  She enjoyed running, her poodles, and traveling in northern Michigan with Hope, her partner of 27 years.