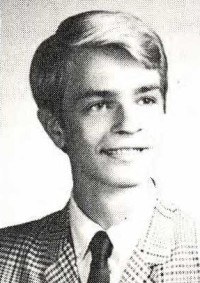 Redford resident David Ross Betley grew up in Beverly Hills and graduated in 1969 from Groves High School in Birmingham.  Betley was employed as an assistant manager with Budget Rent-A-Car and, together with his companion Brian Carmody, belonged to the Motor City Organ Society.  He died from AIDS-related complications at age 45.

A graduate of Groves High School in Birmingham and Eastern Michigan University, Maureen Elaine Dorrington of Beverly Hills performed was a noted actress on Detroit area stages.  Her work included roles in two gay-themed productions of the Jewish Ensemble Theater, Torch Song Trilogy in 1996 and The Laramie Project in the 2001-2002 season, for which she was nominated for a Wilde Award.

Born in Southfield, Kyle Bolton began writing plays in grade school.  The Beverly Hills resident earned his B.F.A. from Wayne State University and with two college friends formed the art4artillery Theater Company in 2009 to stage socially engaging and LGBT-themed works.  He lost his life in an automobile accident at age 23.