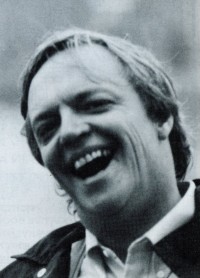 Native Detroiter William John Thompson served in the Army, earned a Master’s from Wayne State, taught public school, and worked in advertising.  He was active in multiple organizations, including ASP, MOHR, Dignity, BWMT, and MAPP.  Thompson was presented with the Lifetime Achievement Award at the annual Detroit area Pride Banquet in 1993.  He died from AIDS-related complications at age 56.

Between The Lines, November 1994

Huntington Woods resident Frank Gordon Martin was born in Detroit, graduated with the January 1957 class from Pershing High, and attended Wayne State University.  Martin later operated a textbook store near campus and in the 1980s was president of the Association of Suburban People.  He was survived by Al Vezza, his life partner of 54 years.  The two met on a streetcar just before Martin’s 18th birthday.

Joseph Mattingley Zendell coordinated programs for the Michigan Council for the Arts in Detroit from 1974 to 1981.  Active in the Association of Suburban People and the Motor City Business Forum, he also served as an early financial officer with the Michigan Organization for Human Rights.  In 1982, Zendell moved to Illinois to lead the Evanston Arts Council.  He died from AIDS-related complications at age 45.

Taylor resident Larry Thomas Gaynier taught high school English and communications in Brownstown Charter Township for 22 years.  A member of the Association of Suburban People in the early 1980s, Gaynier later served on the boards of Affirmations and the Metropolitan Community Church of Detroit.  He died from AIDS-related complications at age 44.

James Louis Limbacher, audio-visual librarian with the Dearborn Public Library for 35 years, was born in Ohio and moved to Michigan in 1955.  He earned his Master’s in library science degree at Wayne State and also taught at Wayne as a world-renowned film historian.  Limbacher was active with the Association of Suburban People and the Forum Foundation.

Detroit native Peter Cooper, Cody High School class of 1971, worked for National City Bank for 20 years and for a decade was employed with AIDS Partnership Michigan.  While in college in the early 1970s, he became involved in the Wayne State Gay Liberation Front.  He was subsequently active in MCC Detroit, ASP, Simcha, and Affirmations.  Cooper was survived by his partner of 12 years Jonathan Quirk.

Hal Lawson, a graduate of Wayne State University, was founding chair from 1958 to 1960 of the Detroit Area Council of the Mattachine Society, the first known organization for homosexuals in Michigan.  He was later involved in ONE in Detroit, the Association of Suburban People, the Michigan Organization for Human Rights, the Unitarian-Universalist Gay Caucus, and Dignity/Flint.

Longtime Utica resident Ernest Horne was born in Boston, served in the U.S. Navy during World War II, graduated from Harvard University, and moved to Detroit in the late 1940s.  From 1961 to 1992, he was a librarian at the GM Tech Center in Warren.  Horne was active in numerous Detroit area organizations, including the Association of Suburban People, the Detroit Area Gay/Lesbian Council, the Forum Foundation, and Affirmations.

From 1976 to 2014, Dearborn Heights neurosurgeon Dr. Henry Messer was a tireless advocate for gay rights in Michigan, active in the Association of Suburban People and the Michigan Organization for Human Rights.  In 1991, Messer played an instrumental role in establishing the Triangle Foundation, which later became Equality Michigan. 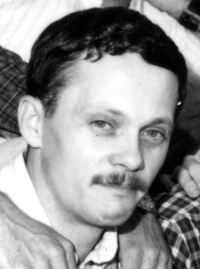 A graduate of Farmington High School, Alan Redner was deployed to Southeast Asia during the Vietnam War, received a Bronze Star for his service, and rose to the rank of captain with the Michigan National Guard.  Employed with Estate Motors in Birmingham and later with BMW, Redner was also active with the Association of Suburban People.  He died from AIDS-related complications at age 44.