Southfield resident Nikki Nicholas, an entertainer in Detroit gay bars, was found slain at age 19 in what the Triangle Foundation identified as an anti-trans hate crime in an abandoned house in Green Oak Township.  The Washtenaw Rainbow Action Project held a candlelight vigil in her memory and the National Association for the Advancement of Transgender People later marched in Lansing in her honor.

The Final Assault on Nikki

Swartz Creek resident Jason Michael Johnson was born in Flint and attended Swartz Creek High School.  He was a member of the concert band and the swim team and participated in quiz bowl.  He was also active in the online gay community.  Johnson lost his life at age 16 in an automobile crash in I-75. 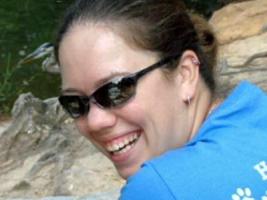 A native of Engadine in Mackinac County, Jonel Kathryn Hoogterp was valedictorian of her high school class and part of the All-UP Girls Basketball Team in 2001.  She earned her Bachelor’s at Aquinas College and later moved to Durham, North Carolina.  Hoogterp and her partner Julie Hatch were killed in an automobile crash.

Kalamazoo resident Esmeralda Bermudez graduated from Traverse City High School in 2005, earned her associates degree from Northern Michigan College, and worked as a dental technician.  She was survived by two daughters and her wife Jade Austin Morgan.