Jackson resident Michelle Marie “Mitch” Hughson was born in Lansing and graduated with the class of 1985 from Charlotte High School.  For 12 years, Hughson worked as a radiologist technician at Hayes Green Beach Hospital in Charlotte.

Judith Altheo Bohms of Lansing was born in Ypsilanti, grew up in Adrian, and taught elementary school in Charlotte, retiring in 2009 after 40 years in the classroom.  Bohms and her partner of 27 years Lisa Haston sang with Sistrum, the Lansing Women’s Chorus and were active with the Lansing Association for Human Rights. 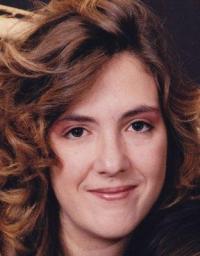 Kathryn Elizabeth Norris graduated from Charlotte High School, studied management science at the University of Maryland, served in the U.S. Army from 1983 to 1987, and from 1988 to 2006 operated several Mancino’s outlets in Lansing.  She later moved to Chicago, where she came to share her life with her partner Vivian Shelton.