Canadian native Daniel Maine Campbell was born in Saskatchewan and trained as a pharmacist by profession.  In 1975, he and his life companion Bobby Calvert took over Todd’s Sway Lounge, making it into Detroit’s premiere Eastside gay dance club.  They also operated the Akron Health Club and were active in the Detroit Bar Guild.

Warren resident Charles Petty grew up around Waterford and Pontiac and graduated with the class of 1983 from Lake Orion High School.  He was a bartender at the Woodward and the Other Side, as well as a dancer at the Gold Coast.  Petty later handled maintenance at the TNT Health Club and his lover was Danny Potter.  He died from AIDS-related complications at age 30

Born in East Grand Rapids, John “Jack” Campbell attended the University of Michigan for a year before finishing his B.A. in accounting at Kent State.  In 1965 he opened the Club Baths in Cleveland, the launch of a national chain of gay bath houses.  Later in Miami, he helped lead resistance to Anita Bryant’s “Save Our Children” crusade.  Campbell remained active in Democratic Party politics throughout his life. 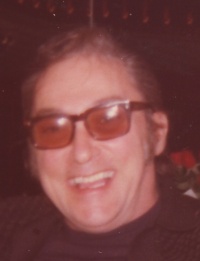 A onetime store manager for Kmart, Bobby Calvert and his life partner Dan Campbell operated both Todd’s Sway Lounge and the Akron Health Club on Detroit’s East Side.  Calvert also testified before city council in favor of including sexual orientation in the 1979 Omnibus Human Rights Ordinance.  He died from AIDS-related complications at age 43.