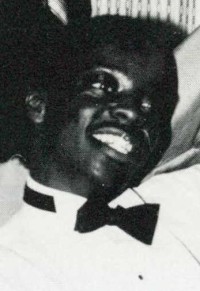 Native Detroiter Gary Patterson graduated from Cass Tech High School in 1979 and earned his B.A. in psychology from Kalamazoo College in 1984.  After serving as a Peace Corps volunteer in Gabon, Africa, Patterson worked as a counselor and educator for AIDS Care Connection and pursued a degree from Unity Union Ministerial School of Detroit.  He died from AIDS-related complications at age 33.