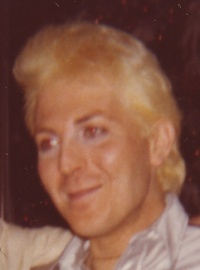 Bruce Dettloff started his gay bar career as a waiter at the Conquest Lounge in Detroit, rising to the position of manager and rechristening it Blue Boy.  In 1975, he opened the Gold Coast Saloon and later operated Applause.  He also helped establish the BTI Bowling League and was co-founder of the Detroit Bar Guild.  Dettloff was shot and killed at his home at age 50.