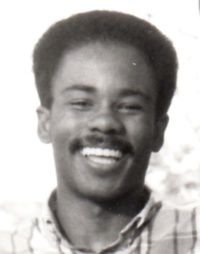 Born in Detroit, Carl Vinson Andrews came out at age 13 and later worked in financial services for the State of Michigan and was active in the state employee labor union.  He served as secretary of Dignity-Integrity/Flint in the late 1980s and was involved the James Baldwin/Pat Parker Society in the early 1990s.  In 1991, Andrews was profiled in Outweek magazine.