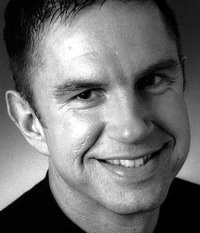 Douglas McIntosh earned a B.S. in architecture from the University of Michigan in 1984 and a Masters from Yale in 1990.  Three years later, he co-founded McIntosh Poris Associates in Birmingham and soon became a central voice for historic preservation.  McIntosh served as president of Preservation Wayne and, with his life partner Scotty James, restored the 1896 Julius Melchers home in Detroit’s West Village.