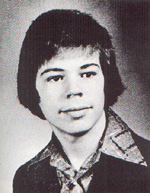 James Dallas Egbert III was a gay 16-year-old computer science prodigy and Dungeons and Dragons fan who disappeared from his Michigan State University dorm room in August 1979, prompting a month-long search of steam tunnels beneath the university.  He took his own life at age 17.