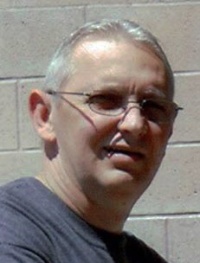 Originally from Cincinnati, Ohio, Victor Line was longtime co-owner with his life partner Robert Wiley of Tradewinds nightclub and Triangle World bookstore in Kalamazoo.  Both were also strong supporters of what was then known as the Kalamazoo Gay/Lesbian Resource Center.