Traverse City resident Gwen Sanford grew up in Grand Rapids, studied at Grand Rapids Junior College and Valparasio Technical Institute, and served as a trooper and diving instructor with the Michigan State Police from 1966 to 1992.  After retiring, the former Glenn transitioned to Gwen and later served on the board of Friends North.  Sanford was survived by her wife Carol Larson and three children. 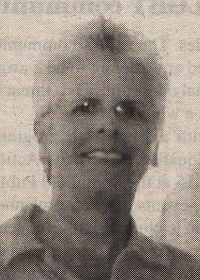 Northville resident Jan Pierce was born in Dearborn and served 25 years with the Wayne County Sheriff’s Office, retiring as a detective sergeant.  She and her partner Marcia Patrick were strong supporters of the Triangle Foundation and attended golf outings sponsored by Affirmations.  They lost their lives in a New Year’s Eve automobile accident.