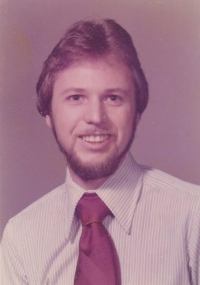 Before moving to Houston in the late 1970s, Patrick McGee taught school by day and at night performed in various Detroit gay nightclubs as the drag sensation Trisha Trash.  He died from AIDS-related complications at age 41.

Retired school teacher Jean Ross in 1981 founded the Lansing chapter of Parents and Friends of Lesbians and Gays.  She was also active in the Lansing Association for Human Rights and the Lansing Area AIDS Network.

Larry Zimmerman worked as a real estate agent and was a founding member in 1980 of the Motor City Business Forum.  He later served as dean at Macomb Community College.  Zimmerman was survived by his partner of 37 years, husband Stuart Itzkowitz.

Mary Beth Dietz earned a B.A. in English from Michigan State University and taught English in Wisconsin before returning to school to become a chiropractor.  She and LeAnne Ray became the first same-sex couple married in Michigan City, Indiana.

Ellen Bommarito, an English instructor at the University of Michigan-Flint, served as the founding director in 1989 of the campus Lesbian Gay Bisexual Center.