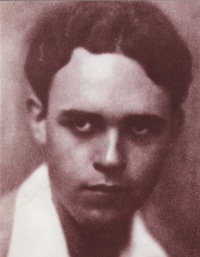 A native of Otsego, Forman Brown attended the University of Michigan in the early 1920s and, with cousin Harry Burnett and companion Roddy Brandon, formed the famed Yale Puppeteers.  In his eighties, Brown revealed that he was the author of the 1933 gay novel Better Angel written under the penname Richard Meeker.