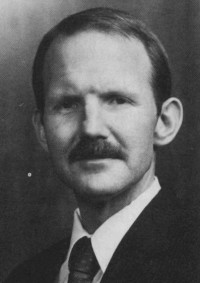 Born in Elmhurst, Illinois, James Martin earned his B.S. and M.S. from the University of Illinois before earning his J.D. from the University of Michigan Law School in 1969.  After a year clerking for a federal appeals judge, Martin joined the UM Law School and had a distinguished 15-year career there while living a discreet gay life in Ann Arbor.  He died from AIDS-related complications at age 41.