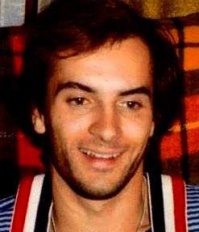 Wade Leroy Keas grew up in the town of Ravenna and became active in the Gay/Lesbian Council while a student at Michigan State University.  He later lived in Austin, Texas, where he worked in the state attorney general’s office.  He died from a drug overdose and of complications from AIDS at age 33.